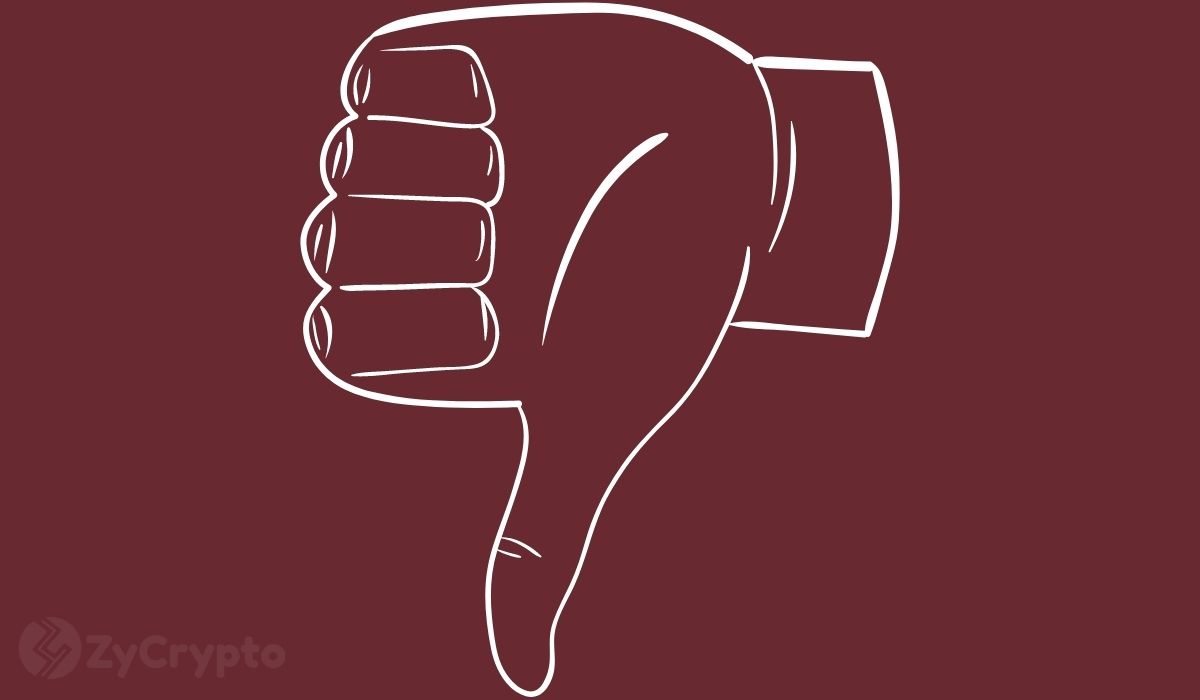 The Governor of the Bank of England, Andrew Bailey, at the World Economic Forum, Davos, Switzerland; on Thursday, passed a vote of no confidence on cryptocurrencies, stating that investors must get ready to suffer total investment losses eventually.

“Bitcoin has no intrinsic value” Bailey retorts, consolidating his previous 2020 stance on the future of cryptocurrencies or rather ‘crypto assets’ as he would prefer to call it. Bailey believes all there is to Bitcoin and all other range of altcoins is an extrinsic value ascribed to it by popularity and user consensus – a description that perfectly fits all categories of fiat currencies issued for years by many countries of the world.

A Centralized View on Decentralization

Bailey in September 2020, at the Brookings Institution Webinar shortly after resuming the Bank of England Governor role, generally expressed his support for the growth of tech-driven alternative payment solutions and the significant innovation wave sweeping through the world of traditional currencies but cautioned against innovation without any appropriate regulation.

Even the highly hallowed Stablecoins and Central Bank Digital Currencies (CBDCs) were not spared of Bailey’s subsequent pessimistic perceptions, as he vehemently questioned the extent to which the regulatory arm of the banking sector will be expunged by this decentralization wave inherent.

Concerns such as interbank interoperability, international central bank collaborations, and the amount of regulatory authority financial institutions will have to cede to private firms were some of the issue raised as Bailey stated, from his observation, that the world is still far from ready for the institutionalization and legalization of CDBCs, stablecoins or cryptocurrencies.

Other factors fuelling Bailey’s hesitance are the issue of volatility and privacy. Bailey believes that any creation to be ascribed the status of an acceptable currency must be relatively stable and nothing like what the crypto industry offers.

The world’s leading cryptocurrency, Bitcoin, which fell over 3000% early last year, crashing its price value to approximately $600, now stands at $59,000 barely a year after.

Bailey believes the risks are high and also fails to admit that the profits are higher.

On the issue of security, the trunk of his fear sprouts from the question about who bears the responsibility for regulating consumer protection and confidentiality throughout their transactions. Without the internet, fiat money exchange would still go on with little or no trace but not so for internet-based currency transactions. Would there be regulations against collecting background information on users’ patterns of spending? What about hacking? What other unseen risks lie ahead and how can they be known? Bailey hedges the sprinting innovations of cryptocurrency with a field of question marks.

For Bailey and many other billionaire economic gerontocrats, the fear of uncertainty thumps the excitement of innovation. If this uncertainty is likely to cause a powerful global shift capable of disrupting their financial position and influence, it is only logical that they remain relentless in their attacks on the strongly established and widely expanding trillion-dollar crypto market.

However, there is no denying that these expositions, when voiced out, help draw the attention of all industry participants to fix the many bugs that would be encountered on the journey to the revolution of digital currency. There is no best time to regulate the crypto space as it has remained constantly evolving over the past few years.

Already, Banks all over the world are currently making plans to begin affirming Bitcoin and that’s all the validation it needs.